Explain: What vector clocks/version vectors are

Vector clocks is an algorithm for generating a partial ordering of events in a distributed system and detecting causality violations. See in wikipedia 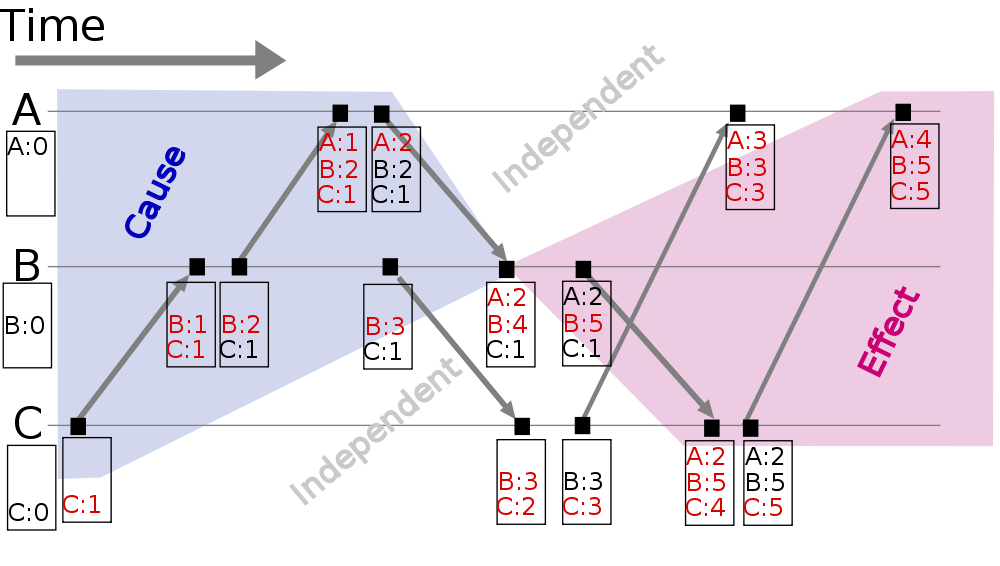 Many NoSQL DB choose vector clock to control the ordering of multi-version records.

Q: Why we can’t use machines’ timestamp to version changes in distributed system?

A: Using the physical timestamp of a record is no good because you can’t guarantee that time will move forward in a uniform manner across all nodes in the cluster.

It means a ‘later’ record might have an earlier timestamp than some record produced before it.

Q: What is Lamport Clock?

A: Lamport Clock can be considered as a logical timestamp. A Lamport Clock is a single integer value that is passed around the cluster with every message sent between nodes.

Each node keeps a record of what it thinks the latest (i.e. highest) Lamport Clock value is, and if it hears a larger value from some other node, it updates its own value.

Q: What are the difference in between of Lamport Clock and Vector Clock?

Cassandra breaks a row up into columns that can be updated independently.